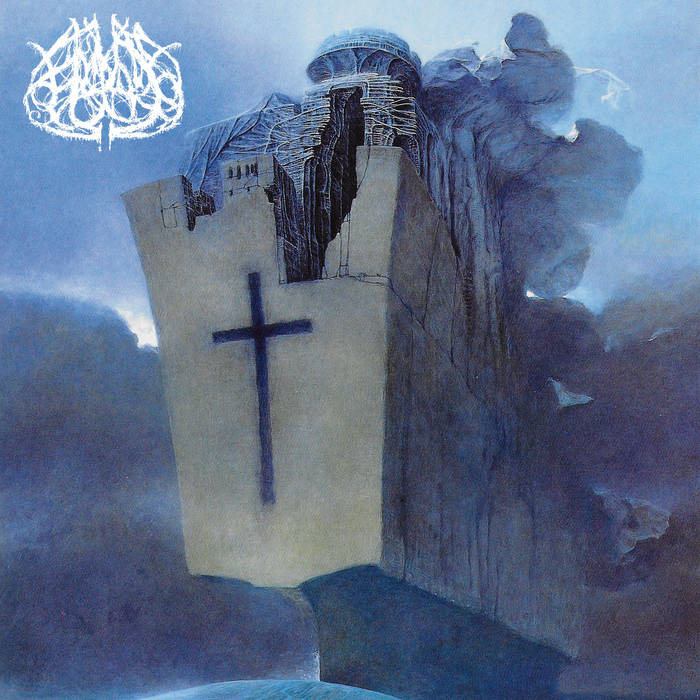 Formed in 2008, FUIL NA SEANCHOILLE is a black metal entity hailing from Ireland, helmed by mainman Satyrign, whose experience in the international hardcore-punk underground is incredibly prolific. Two demos resulted those first two years, which would later be released together on vinyl by ME SACO UN OJO in 2012. Completely DIY, FUIL NA SEANCHOILLE’s first two demos were remarkably developed, evincing a psychedelic bestiality that ravaged the body and bent the mind in equal measure. In 2011 came the band’s debut album, Hunger, first released on cassette by Tour de Garde and then on vinyl by ME SACO UN OJO. Expanding on the demos’ firm & filthy foundation, here Satyrign explored a unique “complex simplicity,” entrancing the listener with a strangely alluring sort of grime.

Alas, those dualities have reached an apotheosis with FUIL NA SEANCHOILLE’s long-awaited second album, The Crossing. Horror and beauty, the beast vs. transcendent man, strident minimalism colliding with labyrinthine layering: The Crossing is indeed an ambitious work, comprised of a single 29-minute composition formed over an eight year period, crafted to induce maximum out-of-body/out-of-mind exploration. Black metal is undoubtedly the framework for FUIL NA SEANCHOILLE still, yet the manner in which Satyrign here wields it is incredibly idiosyncratic, to say the least. Lapping waves upon a distant forlorn shore, The Crossing begins with a plaintive female voice singing a funereal lament in Gaelic (to wit: the band’s moniker means “Blood of the Old Forest” in same), and a tense placidity is heightened as the record plays on, until sparkling shimmers of chorused guitar and gurgling bass explode into a torrent of emotion. From there, the catharsis continues to build, on and on and on, infinitely so yet circumscribing the listener’s headspace, dwarfing that listener when contemplating the enormity of this experience. Still, like any journey at some point, a kindling of hope lingers…or does it?

Bandcamp Daily  your guide to the world of Bandcamp

Benji B talks about his new compilation ‘Deviation Classics’